Top 20 Tourist Destination in the Philippines

The Philippines is a country located in Southeast Asia.It is a less than 2 hours airplane ride from Hong Kong and roughly 4-hour ride from Japan. It is a tropical country so it’s mostly sunny except for the rainy season. in the months of June, July and August.

The Philippines has three main geographical divisions which are Luzon, Visayas, and Mindanao. It also has a total of 7,641 islands so expect to see a lot of beaches and beautiful destinations near the water. We also have a lot of mountains, approximately 104 in total, so if you like outdoor activities, you will find a lot of it in the Philippines.

20 Tourist Destination in the Philippines

So with so many places to explore in the country, we have compiled the top 20 tourist destination in the Philippines. This will make it easier for you to decide which cities to visit and what to expect from each. So in no particular order, here are the beautiful places in the Philippines and their description:

For the second straight year, Palawan was hailed as the top island destination in the world in a poll by @cntraveler! Thank you! 😊 Photo credit: @craftedlove #Palawan #Philippines #WorldsBestIsland #itsmorefuninthephilippines #Island #Travel #Vacation #TasteInTravel

Palawan is the largest province in the Philippines and is located in the Visayas. It is the home of El Nido, Puerto Prinsesa, and Coron Island which is where most of the beautiful beaches in the country is located. In addition, you will also find the Puerto Princesa Subterranean River National Park and the Tubbataha Reef Marine Park which are UNESCO World Heritage Sites.

In El Nido, you get to see El Nido Marine Reserve Park while Coron is known for its seven lakes that are surrounded by beautiful limestone cliffs. And when you get to Puerto Princesa, you get to see an underground river in a huge limestone karst landscape.

@Regrann from @_isabellaprieto – Talk about a room with a view. 😍😍😍 The best vacations aren't always limited to beaches and long drives away from Metro Manila. Sometimes the perfect escape is found within the #capitaloffun. Indulge yourself in total comfort and convenience at Microtel by Wyndham-Mall of Asia in Pasay City. The hotel is also located near Manila Ocean Park, Mall of Asia, Star City, and Entertainment City in Parañaque, perfect for your side trips! #staycation #microtelph #DOTaccredited #ItsMoreFunInThePhilippines

Manila is situated in Luzon and is the capital city of the Philippines. It’s the best place to visit if you want to shop, visit some of the most luxurious hotels, and a wide variety of restaurants. In the capital city, you can also visit museums, theme parks like Star City, Manila Ocean Park, and zoos. If you’re looking for night parties, this is also the city to be in, specifically in Bonifacio Global City and Makati.

Boracay is one of the most popular tourist destination in the Philippines. It is located in the Visayas and is known for its white sand beach, awesome nightlife and very tourist-friendly. From the moment you land in Kalibo or Caticlan airport to the beach, trying different water activities, and going around the island, you’d find a tour guide to assist you almost everywhere.

If you love cold weathers, the smell of pine trees and meeting the nicest locals, Baguio is definitely a must-visit. It is located 4 hours away from Manila and can only be reached by wheels. It’s also a hub for all pre-loved items from different countries. If you are a bargain hunter or would love to score some branded clothing at a very cheap price, this is the place to visit.

Another reason why Baguio is well-loved by Filipinos is its restaurants there are far cheaper compared to Tagaytay (another city known for cold weather) and Manila.

Bohol is another tourist destination in the Visayas region. It is known as the endangered animal Tarsier, its Chocolate Hills which are thousands of geological formations that look like hills made of chocolate, thus its name. It is also the home of coral reefs, dive sites in Alona Beach, a Hinagdanan Cave, Panglao Island and a man-made forest filled with mahogany trees and trails called Bilar Forest.

Cebu is located in the central Visayas and consists of the main island and 167 surrounding islets and islands. It can be reached by air from any local or international airport. Its locals are mostly fluent in English so touring the city will be easy. The city is known for its beautiful beach, historic churches, and the famous Sinulog Festival that lasts for 9 days.

Aside from being the hometown of our current President, it is also the most populous city in the country besides Metro Manila. It is famous for its waling-waling orchid, durians, rambutan, marang, mangosteens, pomelos and the country’s national bird, Philippine Eagle. Places that are must-visit in the city are Mount Apo, Davao Crocodile Park, and attend their Kadayawan Festival in August.

One of the last sunsets of the year. You were a handful, 2017! So many things transpired! But as ever, there was always a blessing for each adversity and heartache experienced. Accepting of, and grateful for everything. ❤️ . . #sunset #newyear #2017 #family #blessings #mactan #cebu

Although Mactan is a part of Cebu Province, it is a major tourist attraction on its own. It is an island that features a variety of tourist attraction like snorkeling, diving, sailing, and island hopping. The island is also known for its production of furniture, ukeleles, guitars and many other musical instruments.

Approximately 130 kilometers south of Manila is Puerto Galera in Oriental Mindoro. It can be accessed by sea from the port of Batangas. It is also known for its pocket beaches, scuba diving spots, and snorkeling. In addition, the place is designated by UNESCO as a Man and Biosphere Reserve, home of many coral reefs in Asia and is in the list of the Club of the Most Beautiful Bays of the World. Its beaches, Sabang and White, has great nightlife, bars, and restaurants.

Just 800 kilometers away from Manila is Siargao in Surigao Del Norte. It is known for its amazing, white, sandy beaches at its most raw form. The island is featured in the recent movie, Siargao, which highlights the beauty of the tear-drop shaped province.

Just 10 minutes away from Davao City is Samal Island through a ferry. It is home to 80,000 Davaoenos in a city that doesn’t come with any shopping mall, noise, traffic or pollution. Just a small island where you can relax and at the same time enjoy tourist activities. This includes diving, kayaking, climbing mountains and a lot more.

It was silence that I was seeking for… therefore silence is what I'm about to get. 🙂 Not exactly what I had in mind… let's just see what happens next. ❤ #kimmivisits #batangas

Batangas is another popular city in the Philippines that is known for its historical sites, beaches and volcanoes. This includes Taal Heritage Town, Taal Volcano, and famous diving spots in Nasugbu, Matabungkay, and Anilao in Mabini. The city is also locally known for their handmade balisong aka fan knife. So if you are looking for this souvenir, this is the place to get it if you want to get it at a friendly price.

Kalinga is located in the center of Cordillera Administrative Region in Luzon and is the home of the famous Whang Od. She is a Filipino tattoo artist who also happens to be the oldest and last traditional Kalinga tattooist from the Kalinga ethnic group. So if you are looking for a one of a kind souvenir, Kalinga is the place to be. And the only way to reach her are long drives and climbing mountains that takes about 10 hours.

Laoag can be reached either through the air or by car. It is the capital of Ilocos Norte that features many tourist attraction. Some of it are the Paoay Sand Dunes, beautiful churches, windmills, and the famous Calle Crisologo which features preserved Spanish houses from the Spanish era.

About 6.2 miles off the coast of Mindanao is Camiguin. It has many natural attractions like volcanoes, islands, hot springs, waterfalls and the sunken cemetery. Its also a must to try their famous produce, Lanzones, which is almost always sweet when from Camiguin. In addition, its Mount Hibok-HIbok is declared by ASEAN as a Heritage Park.

The Banaue Rice Terraces is located in Ifugao, Philipines. It is carved into the mountains of Ifugao by the ancestors of the indigenous people 2000 years ago.

Banaue Rice Terraces is a 2,000-year-old terrace carved in a mountain by indigenous people which explains why it called the Eight Wonder of the World. In addition, it is also declared by the local government as a National Cultural Treasure.

Bataan is not only famous for its historical places and churches but also Zoobic Safari and Las Casas Filipinas de Acuzar. It also features many beaches, falls, and even a mountain peak so visitors can experience many sports activities when in the province.

Getting to Pampanga is very easy, it’s only a 2-hour drive from Manila or from Clark International Airport. The province is known for its duty-free shops, a famous local dish called sisig and their famous annual hot air balloon festival.

Just a few hours away from Pampangga is Subic Zambales. And in this coastal municipality, you can find Nagsasa Cove, Talisayen Cove, Aniwangin Beach, and Mount Balingkilat. It also has duty-free shops where you can find branded clothes at a modest price. 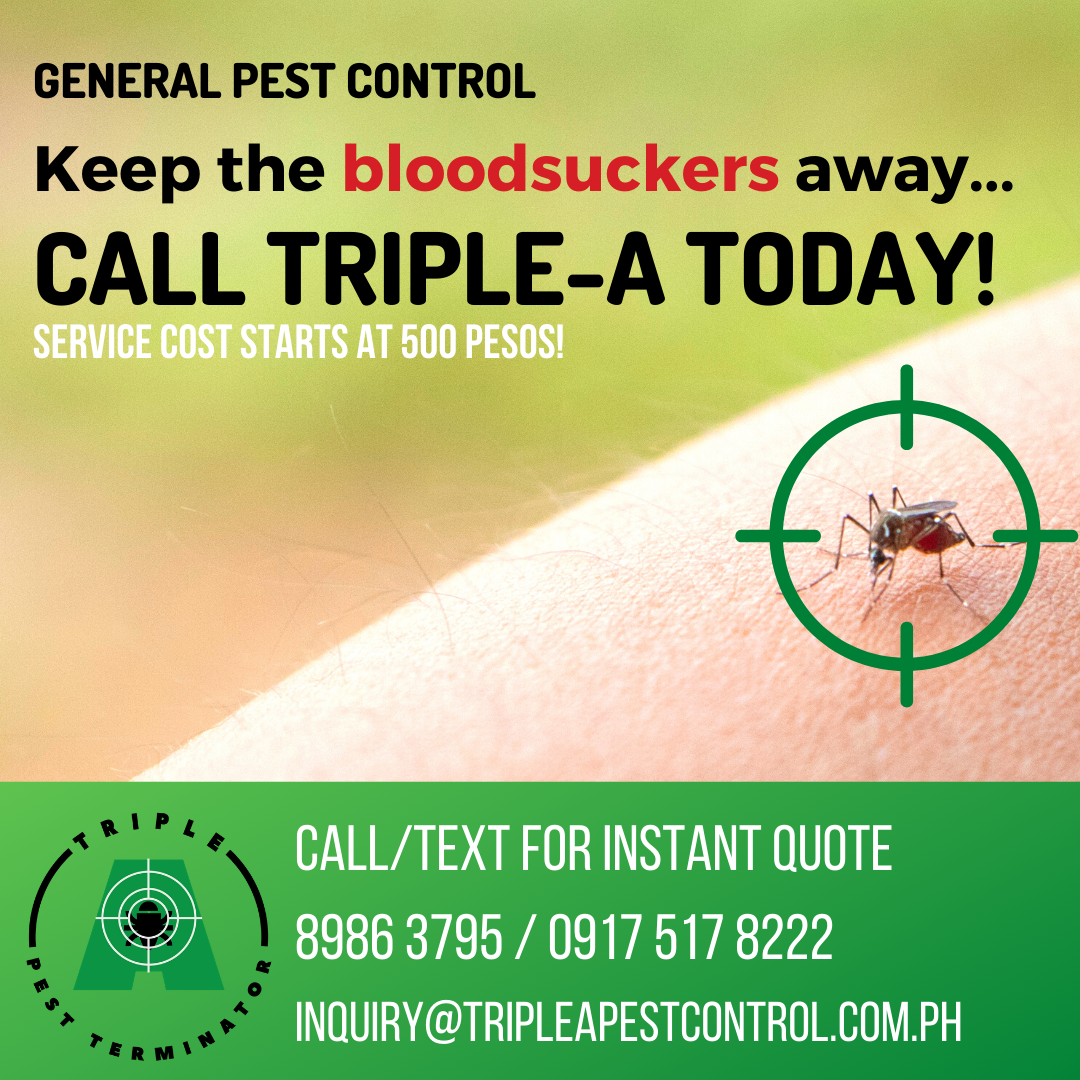